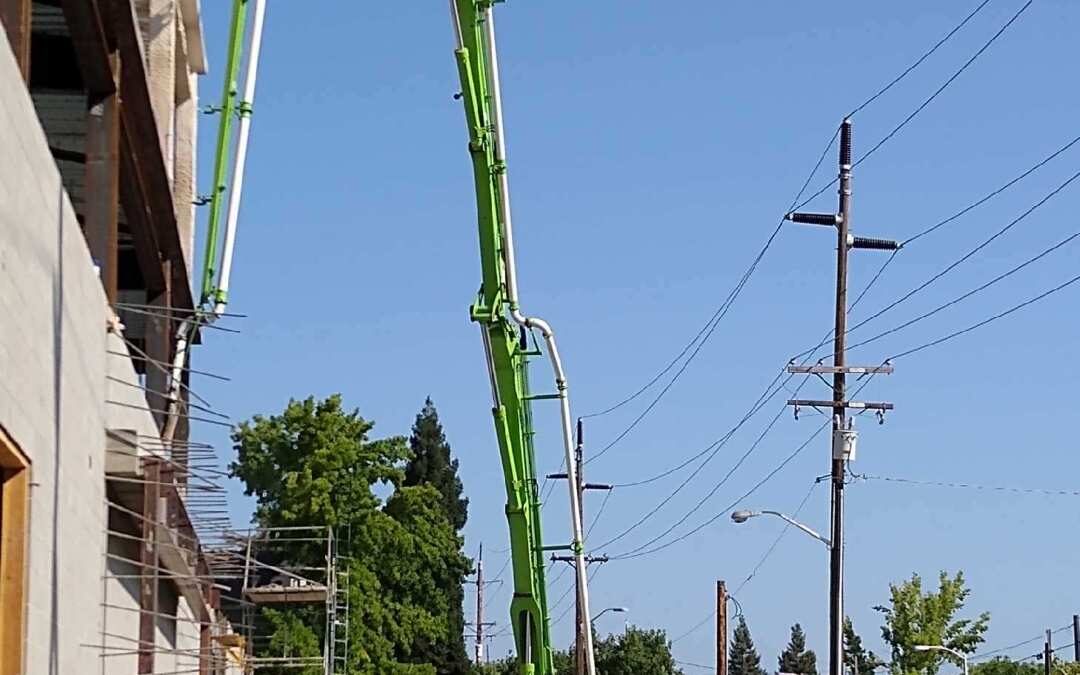 As we shared last November, Shasta County is building an entirely new courthouse and we are helping with the build! This project has been a combined effort between all Folsom plants. This has been one of our biggest pours since the Shasta County dam and we are working with Swinerton Builders. The new courthouse will serve to consolidate all current court operations in the area under one roof and the new location will be across the street from the existing courthouse. Check out progress photos in the gallery below!

The $173 million project involves replacing the Main Courthouse in Redding with a new building that will span 166,887 square feet and include 14 courtrooms. The architect on the project is NBBJ and the general contractor is Sundt Construction. There is definitely a need for a new courthouse. The Superior Court of Shasta County provides court services from three facilities in downtown Redding. The Main Courthouse and Annex—built in 1956 and 1965, respectively—handles a full range of court cases, including civil, family law, dependency, probate, traffic and small claims. […] All adult and juvenile court operations will be consolidated in a single location, and two additional courtrooms will support new judgeships.